Tapping Into Maple – Bitcoin and Cryptocurrencies – Peeling Back a Layer

What is a cryptocurrency? As John Oliver so eloquently put it on his late night comedy show, “It’s everything you don’t understand about money combined with everything you don’t understand about computers…” . Technically speaking, cryptocurrencies are digital assets that are meant to be used as a way to exchange goods and services. Bitcoin is by far the largest and most popular cryptocurrency so we want to shed some light on what Bitcoin is, some of the environmental impacts of “mining” for Bitcoin, opportunities within cryptocurrencies, and finish with a comparison of cryptocurrency and fiat currency. To be clear, this subject matter could fill hundreds of pages but we are looking to discuss some of the higher level points about Bitcoin and cryptocurrencies.

Bitcoin is one of the initial cryptocurrencies and began in 2008 when an anonymous author under the pen name Satoshi Nakamoto penned a paper titled “Bitcoin: A Peer-to-Peer Electronic Cash System”. Nakamoto “mined” the first block in January of 2009. Bitcoin transactions are on a ledger called a blockchain which is publicly distributed. This publicly available, widely distributed network can make the transactions more secure as there is no central authority that must be trusted to keep transaction history or verify transactions. There is also no central bank or government control over the amount of the various cryptocurrencies in circulation or their value which many proponents see as a significant value. Despite the ledger being publicly available, the “key” to each Bitcoin is unknown to everyone but the owner who holds this “secret key”. This anonymity does have a downside in that many of the uses are nefarious.

While many of the proponents of Bitcoin argue that the lack of regulation and control over the currency is a good thing, this also creates an environment where there are thousands of cryptocurrencies in circulation as the barrier to entry in this space is virtually non-existent. ICOs (Initial Coin Offerings) were and still are happening on a consistent basis but can be very dangerous for investors as they are not regulated by Securities Law. There are countless stories of individuals losing their savings after “investing” in one of these ICOs only to have the digital token or cryptocurrency become worthless within days. For example, one of the largest cryptocurrencies by market cap (over $2B as of the time of this writing) was created as a joke – Dogecoin. While this cryptocurrency is not worthless it goes to show that the success or failure of these coins is hard to predict. And this is not to say that some of these cryptocurrencies won’t gain larger uses with a wider audience but it is difficult to know or speculate which will gain acceptance and which will remain or become worthless over time.

The only way to create new Bitcoin is through “mining”. This process takes computing power to solve a complex math problem – verifying transactions on the blockchain – which creates the next block of Bitcoin. The larger the blockchain gets over time, the more computing power is needed to mine the next unit of Bitcoin. It is this decentralized verification of the ledger (blockchain) that attracts many proponents to the cryptocurrency. However, as Bitcoin becomes more valuable and as it takes more and more computing power to solve for the verification, we see increased energy expenditure to verify transactions in order to potentially receive Bitcoin. Miners have set up warehouses full of specialized computers to “mine” Bitcoin especially as the price has risen making it more profitable to do so. Researchers at the University of Cambridge have estimated that Bitcoin consumes more electricity than Argentina on an annual basis. This energy consumption has to be understood by anyone investing in the cryptocurrency who has even slight environmental impact concerns.

Is Bitcoin a Currency?

The last thing we want to discuss is Bitcoin as a currency. There are generally three characteristics widely accepted as defining money. Characteristic #1. It must be widely accepted by individuals and companies alike as a medium of exchange. While gaining popularity, most companies – and individuals – do not accept Bitcoin for payment. For example – if you tried to pay your tax bill in Bitcoins, it would not go over well. Even as it gains popularity most companies do not accept Bitcoin or other cryptocurrencies as payment. Characteristic #2. It should be used as a unit of accounting. When quoting the price of Bitcoin it is almost always quoted in terms of dollars or other physical (fiat) currencies. At this point, prices of goods and services are not quoted in terms of Bitcoins. Characteristic #3. It should function as a store of value. Bitcoin does not have a stable price, as can be seen in the daily news as prices of the cryptocurrency fluctuate wildly day to day and often even intraday. There have been large moves higher as well as dramatic selloffs in the value of the currency as quoted in US dollars or any other currency. For a currency to be a store of value, investors must be certain of the amount of goods and services that they can purchase with a specific quantity of the currency. Bitcoin largely fails at all three of these characteristics which is why it cannot be considered a currency.

If we conclude that Bitcoin is not a currency, what is it? It certainly is not an equity – this is not a company that produces a product or provides a service and generates cashflow, revenue or profits. Maybe it is a commodity, though generally speaking commodities are considered raw goods that are either used in the production of other goods like oil or chemicals or other basic materials like agricultural goods. Precious metals are also on this list but many of these can be used in various industrial applications as well as acting as a store of value or means with which to exchange goods. While Bitcoin is mined like gold and some of the other hard commodities, it is certainly not mined in the traditional sense as noted above. As Investors, we take pride in fully understanding all assets purchased on behalf of our clients.

While there is much more that can be discussed about cryptocurrencies and Bitcoin specifically – this is far beyond the scope of this short primer about Bitcoin. There are undoubtedly some good aspects of this technology – specifically blockchain technology. But investors don’t have to purchase Bitcoin to invest in these aspects of the cryptocurrency. And when looking specifically at Bitcoin, it can be argued that it is very energy inefficient; has and continues to serve as a means for easier nefarious transactions; and fails to pass any of the three generally accepted characteristics of a currency as it is not widely accepted, does not serve as a unit of accounting and is wildly volatile. Could Bitcoin rise to $100k or even $500k in the meantime based solely on investor psychology? Yes. Could it eventually gain more widespread adoption as a sort of digital gold? Possible, but hard to predict.

At Maple Capital, we will continue to invest in a thoughtful, deliberate manner. We invest for the long term, always mindful of risks and based on a fundamental analysis of tangibles like cashflow and balance sheet and income statement metrics instead of speculating in a cryptocurrency like Bitcoin which has wild volatile moves based on investor psychology and herd mentality. We have and will continue to invest in proven management teams, strong balance sheets and positive free cash flow companies that have attractive long term growth. 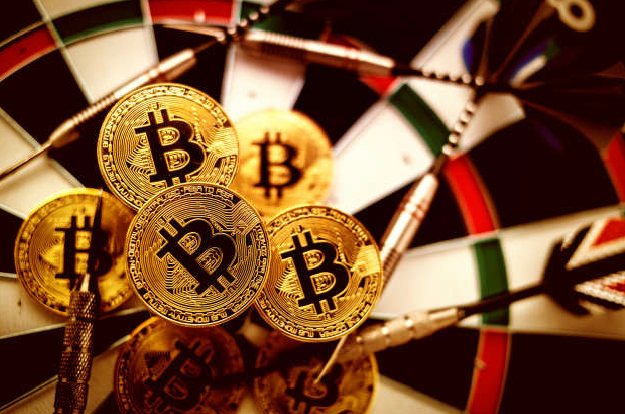